Scary Out There: A Blog on Horror in Young Adult Fiction – A Chat with Victoria Schwab 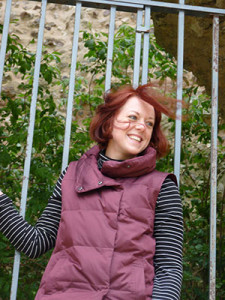 Welcome back to the Horror Writers Association’s new blog on scary fiction for teens. This week we chat with dynamic newcomer Victoria Schwab, who has been turning out an impressive number of works in a short time –and gathering critical and commercial acclaim with every step.

Victoria is the author of THE NEAR WITCH–which Kirkus Book Review praised for its “shivery horror tang”–as well as THE ARCHIVED, and several upcoming novels. Victoria suffers from a wicked case of wanderlust, but when she’s not haunting Paris streets or trudging up English hillsides, she can usually be found tucked in the corner of a coffee shop in Nashville, sipping tea and dreaming up monsters.

Jonathan Maberry: Let’s talk about being scared.  Are you scared of the same things now as you were as a kid?

Victoria Schwab: Not…as a teen I was scared of monsters. As an adult, I’m far more scared of humans.

Jonathan Maberry: Does that mean you’ve completely left the childhood fears behind?

Victoria Schwab: No, it’s not because I’ve stopped believing in beasts and things that go bump. 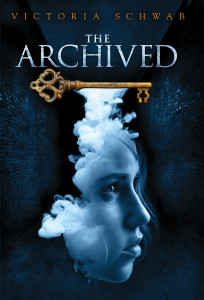 Victoria Schwab:  I guess my default is to believe in something until it’s proven to be fake.

Jonathan Maberry: But as an adult the focus of your fear has changed?

Victoria Schwab:  Sure. I find people, and what they’re capable of, to be more terrifying. I’ll always be a sucker for ghosts and urban myths.

Jonathan Maberry: Such as…?

Victoria Schwab: You won’t catch me saying “bloody mary” in the mirror at midnight.

Jonathan Maberry: Me, neither. Hard to admit that outside of the horror crowd without people looking at you strangely.  Getting back to humans, though…

Jonathan Maberry: Some people have raised arguments against horror, saying that dark content creates a negative influence on kids and that such books should be restricted.

Jonathan Maberry: Does that mean no restrictions?

Victoria Schwab: I think now and then we need to do a better job of letting readers know what a book is and isn’t, but that graying exists more in other genres than in horror, probably due to the more targeted cover designs in this area. It will probably sound trite but the world is filled with horrors, fictional and real, and I don’t see the point in putting blinders on anyone.

Jonathan Maberry: Horror seems to be blossoming in teen fiction, but the definition is becoming fuzzy. How do you define ‘horror fiction’?

Victoria Schwab: Personally I see horror as anything that follows me to bed at night. When I first turn out the lights after reading or watching something scary, I feel that simple, bone-deep fear of what might be out there in the dark. And I don’t think a book has to be overtly or thoroughly grounded in the more classically defined horror genre to have horror elements.

Jonathan Maberry: Is horror, as a concept or a literary theme, different for teens and adults? 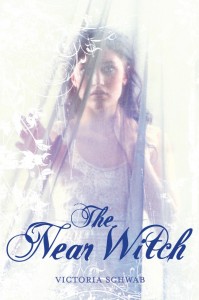 Victoria Schwab: I don’t think it is. I think there are different kinds of horror to suit every taste, but I’ve never really delineated them by age. Though teen boys do seem to enjoy gore more than anyone else I know.

Jonathan Maberry: Where do your books fall within that broad definition?

Victoria Schwab: I’d say I fall into that category of books that are not homerun horrors, but have spine-shivery elements. My first novel, THE NEAR WITCH, was primarily a mystery, but it also played heavily on the childlike fear of things that go bump or lurk beyond the window or whisper in the dark. My new book, THE ARCHVED, deals with a library of the dead, and the fear factor comes in in a place called the Narrows, a set of dark corridors where the dead who’ve woken—all restless, some violent—must be hunted down.

Jonathan Maberry: Nice! So…what’s next for you in YA horror?

Victoria Schwab: I’ll be continuing the story of THE ARCHIVED for at least another book, and fear takes a different face in the sequel, where nightmares begin to bleed into reality for my main character. It’s a more psychological horror, and I’m excited to play with that.

Jonathan Maberry: Sounds great. Now, if you had to recommend just three YA horror novels –past or present—which books make your must-read list?

Victoria Schwab: ANNA DRESSED IN BLOOD by Kendare Blake, THE SUMMONING by Kelly Armstrong, THE FOREST OF HANDS AND TEETH by Carrie Ryan.

Jonathan Maberry: Great choices, Victoria.  Thanks for taking time to talk teen horror with us.

Find Victoria online at http://veschwab.wordpress.com or on Twitter at @veschwab.